7pm on a Saturday here in Las Vegas. As I get out of the car, I check the temperature on the dashboard. 110 degrees. The sun is setting on the other end of the amphitheater making me squint, and the 5 lines are at least 50 people deep to get in the doors. I see Pac-Man t shirts, some dudes dressed up like Dr. Mario, lots of dudes in camo with toy guns, and more Mario and Zelda shirts, hats and costumes than at a Hot Topic stock room. Why have all us nerdy folk gathered in such blistering heat? To attend the Video Games Live concert of course! 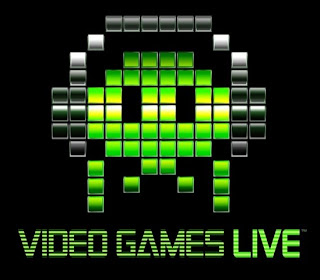 Started in July 2005 by game composers Tommy Tallarico and Jack Wall, the first concert had 11,000 people show up in Hollywood to watch the LA philharmonic perform live versions of popular game music. This year, there will be over 50 performances by local orchestras, headed by Tallarico (as MC and guitar player) and Wall (conductor and hype man). The show has turned into a celebration of the gaming world, and while the main focus of the show is the music, so much more takes place.

Before the show started, the audience judged a cosplay contest, while others competed for high scores in Space Ivaders and Guitar Hero 3 outside of the auditorium. During the show, a Frogger competition took place while the orchestra played live, changing the music depending on the gameplay. One lucky winner (see picture below) got to wear a Space Invaders tshirt, and run across the stage trying to clear the first level using his body. Voice actor extraordinaire Dee Baker not only proved to us he IS Olmec, but did a live recording as one of the berserkers from Gears of War. A meet and greet afterwards allowed us to meet many of the former Westwood Studios employees, most now with Petroglyph, along with almost everyone mentioned above, from Tallarico and Wall, to Dee Baker and the stunning and sweet as sugar Becky Young. 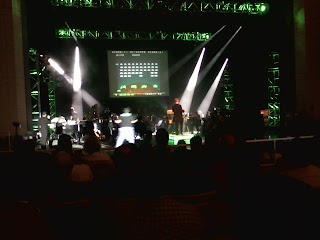 What about the music you ask? The show started with a bang with a medely of classic game music, including games like Tetris, Frogger, Ghosts n Goblins, Dragons Lair, Donkey Kong, Gauntlet and others. A video from Hideo Kojima introduced the music from Metal Gear Solid, Koji Kondo introduced music from the Mario and Zelda series, and David Jaffe brought us God of War. Moving pieces from Medal of Honor and Civilization put a hush over the crowd. Web famous Martin Leung performed a medly of Uematsu piano pieces from the Final Fantasy series, and even performed the original Mario theme blind folded. Frank Klepacki rocked out with his Command and Conquer theme. They even premiered a track from Starcraft 2, a game that is not out yet, so this is the first time this music has been heard. And, of course, to close the show, the big tracks from Halo, World of Warcraft, Final Fantasy VII (ONE-WINGED ANGEL FTW!) and Castlevania brought the audience to their feet.

When you think of a show being performed by an orchestra, you don't really expect the crowd to be shouting, hollering and laughing during the performance. Video Games Live brought together a group of people in a unique environment that was easily one of the most enjoyable experiences of my life. If this show comes to your town, you need to go and witness it for yourself. Words cannot adequately describe the atmosphere and fun that this simple premise has produced. Whether it is Tommy Tallarico's LED Pong shirt, the crowd shouting out "KINGDOM HEARTS" after TT asked who liked Disney and Square (they played the orchestral Hikari theme of course, which, amazingly enough, you can see RIGHT HERE!) or the general social nature of the crowd, everyone who goes to see Video Games Live will leave with a sense of whimsy and delight, and rush home to pop in their favorite game, although maybe just to listen to it for a while.
Posted by Vegasadelphia at 10:42 AM

So glad they played Kingdom Hearts...and being in an audience as freaked out over One Winged Angel as I was? Yeah, that's a lifetime experience there. 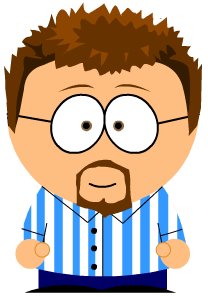 My favorite places to visit:

What I am currently watching/playing: